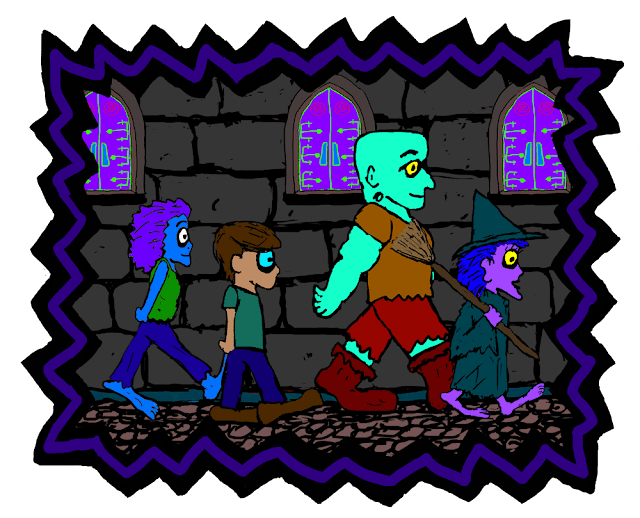 As they walked through the front entryway, Witchie was explaining how she had sent subatomic mind-waves to Zombi, “...because I wanted you to come back and help us figure out what had happened to my house--”

“But we know what happened to your house!” cried Wolfey. “TCM ate it!”
Franky, Vam Pea and Witchie all looked confused.

Zombi rolled his eyes, “It’s an acronym for The Candy Monster.”

“What’s an acronym again?” asked JC. (JC had heard the word before but couldn’t remember what it actually meant.)

“It’s when you take the first initials of a phrase and make a word out of it,” explained Mum-Z. “Like in your world, how NASA stands for National Aeronautics and Space Administration."

"Or how PAMELA is an acronym for Payload for Antimatter Matter Exploration and Light-nuclei Astrophysics," added Witchie.

"Obviously," mumbled Zombi, not convinced JC really knew what they were talking about.

"But wait," continued JC, "you guys know about my world?"

"Well, we monitor it, but none of us, except Zombi, has ever actually visited," replied Witchie. "Our world is part of what you humans call 'Dark Matter.' We're also able to use Dark Energy here. Normally, we don't cross over to your side, 'cause--"

Mum-Z cleared his throat loudly, "A-hem! I was in the middle explaining what acronyms are?..."

"Yeah, we don't wanna interrupt the professor in the middle of one of his lectures," cracked Wolfey.

Mum-Z ignored the snark and continued, "So technically, TCM isn’t really an acronym since TCM isn’t really a word. It’s more just an abbreviation. But if we were to call the beast ‘The Eats-Anything Monster,’ then its acronym would be TEAM.”

“I wrote a song about it!—“ started Vam Pea.

"No, about The Candy Monster!” answered Vam Pea.

“I don’t get it. Why is he getting so upset?” whispered Witchie.

“Well, we decided on the way over here,” explained JC, “that we wouldn’t say the beast’s name, in case that gave the beast some sort of power or summoned it back or something.”

“Ah! Thank you!” smiled Wolfey as he threw up his hands and glared at Mum-Z.

“Anywho,” began Vam Pea, “My tune’s called ‘The Case Of The Missing Candy House.’ You guys wanna hear it?”

“No!” everyone cried together.

Then Gho-Stee added kindly, “Only because we want to hear the rest of Witchie’s story first!”

“You can sing it to us later,” offered Franky.

“Yes,” agreed Mum-Z, who then added under his breath, “Like when we’re far, far away.”

Wolfey laughed at this, but Zombi kicked him.

As they walked down the hallway, JC looked around at the large, cold rooms with stone walls, slated floors, and stained glass windows. He said to Witchie, “Wow. This place is cool. But I’m surprised you moved in here after your house got destroyed. I woulda guessed you’d’a moved in with Skellii.”

“Well, I thought witches liked living in those old-timey Victorian houses with cats and stuff.”

“Oh, really?” replied Witchie. “How many witches do you know personally?”

"Ah, don't believe everything you read in books. Just because someone writes something down, doesn't make it true," suggested Witchie.

"Good point," admitted JC. "In fact, I once read that zombies ate the brains of little boys, and that turned out to be extremely false."

"Exactly," said Witchie, as they all finally entered the kitchen, which had a high ceiling and had lots of cabinets all around it. A long, black stove sat against one wall and had six different pots boiling atop it on separate burners. A giant, dark iron cauldron dominated one corner, and steam was coming off whatever was brewing inside it.

“Anyway, as I saying," continued Witchie, "I figured that if I could bring all of us together, we could brainstorm about what to do next.”

"A much better idea than building a house out of candy," quipped Mum-Z.

The friends all started seating themselves around a large, granite table.

"It's not SUPPOSED to mean anything other than the words I chose to articulate," replied Mum-Z, ignoring Gho-Stee. "That is to say, as long as we are talking about this openly, why in the world would you have built your house with candy in the first place, Witchie? This isn't Candyland after all."

"To be honest, I was thinking the same thing myself earlier," admitted Zombi. "Although, to be fair," he added quickly, "I'm sure you never expected a beast to come and eat it. Not here in The Dead Tree Forest, at least."

"Exactly!" she replied. "Plus, I like the way a candy house looks and smells. You guys know how much I like candy."

"So living in that candy house felt very cozy and safe to me. Before that, I didn't like living in the houses I built out of sticks and bricks and--"

"Uh, technically," interrupted Franky, "I'm the one who actually built those houses. And they were all great, tremendous houses. I build only the best houses.”

"Actually, we all helped, but Franky did do most of the work," added Gho-Stee.

"Yes, and I appreciate that, thank you. But I didn't really like those other houses. They didn't suit me," continued Witchie. "Plus, I had put a Protective Spell on the candy house, so I thought the spell would keep it safe from being eaten. But the moon was full and—"

"Well, so much for magic spells,” interrupted Mum-Z.

The others all agreed this was true.

"So what do you guys think I should make my new house out of?" asked Witchie.

"Well, um, I'm not like any super-expert here," started Vam Pea, "but I was thinking..." and then he started strumming his guitar and singing:
"Maybe we need to get rid of the beast,
Who ate your last house and made a big feast
Of your windows and floors and ceilings and bricks,
Before we start building a new home to fix..."

And even though it was not a very well-sung tune, the others all had to agree he had a point.

"So, what are you saying?..." asked Wolfey, a little alarmed.

"I think you know what I'm saying," replied Zombi.

"Zombi's right," agreed Franky. "We hafta figure out how to get rid of The Candy Monster."

The thing was, though, JC saw that the others all looked like they felt the same way. 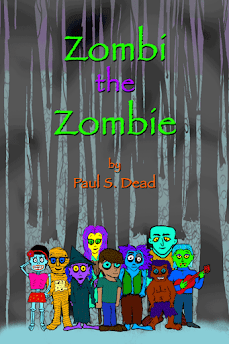 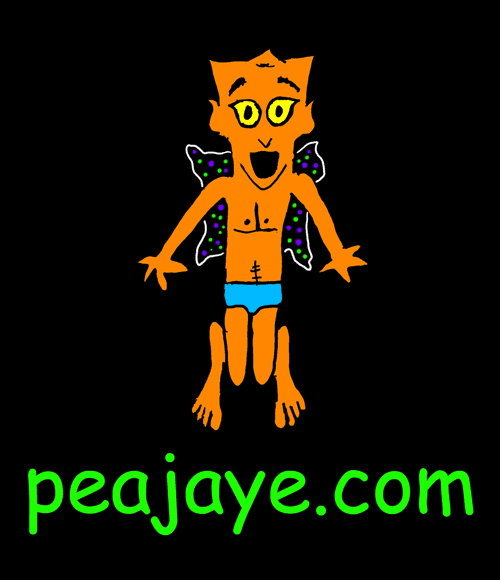 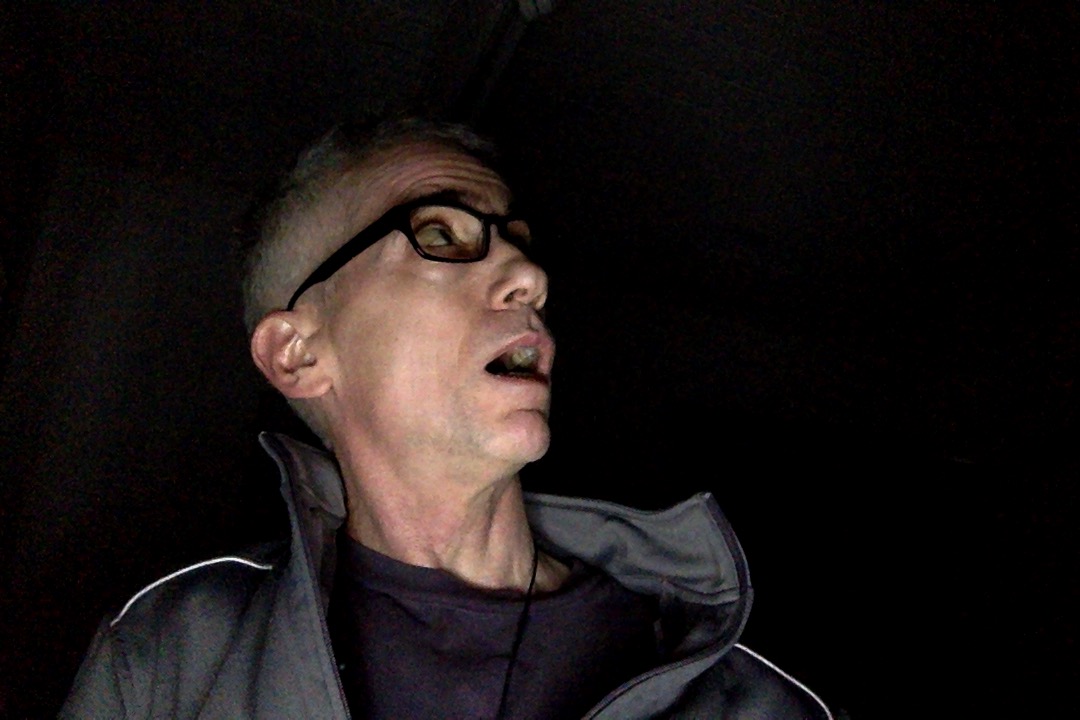